Admittedly, it’s been a while since I wrote something last. I felt a bit depressed lately, which is not to describe a mental condition but rather the sensory feedback that my latest stops evoke in me. From Cardiff, where I spent a few days reading, seeing the castle with its imposing keep and the surrounding parkland I made my way to Aberystwyth. However I couldn’t find anything to sleep there for the night so had to move on farther north to Borth where I spent the night in the youth hostel. Borth was nice, I rented a film from a local shop for the night and hat a nice chat with a a girl around my age who had been “forced to see Wales” by her parents. 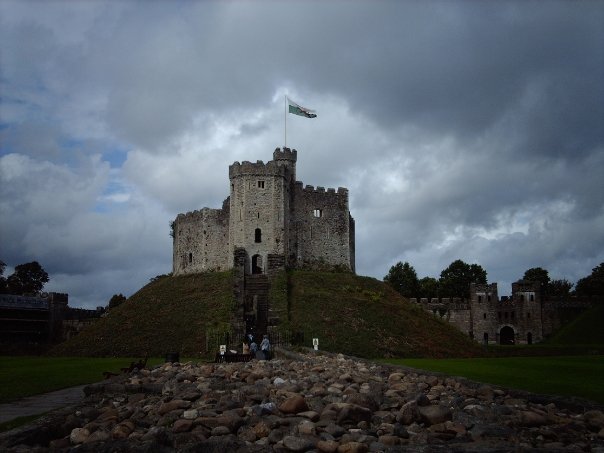 The next day I walked down to Aberystwyth again, which was nice as I came over the hills by the cliff, seeing not only the cable car but also Aberystwyth open up below me. I spend the day at he museum and a scarcely visited pub and the next morning went to see the remains of the castle and some part of the uni there. After Aberystwyth, which was quite different from what I had ever expected (as seems usual with most places now..) but nonetheless very nice and rich in history and surrounded by a beautiful scenery, I caught the national express bus to Liverpool, then to Manchester, then to Leeds and finally to Newcastle, where I am now. 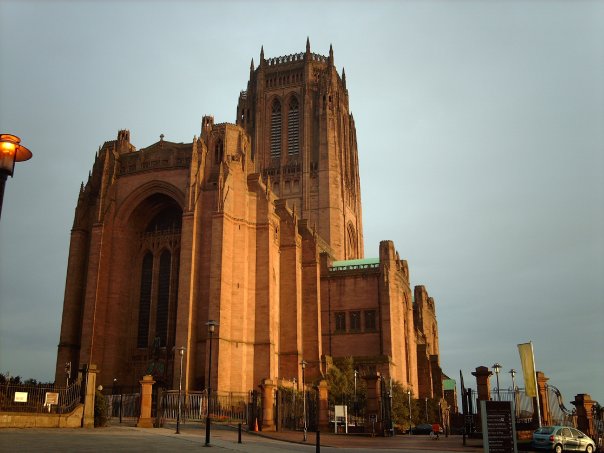 I was in Liverpool for only two days, then one day in Man and another in Leeds. That was quite exhausting and depressing in the way that all those places seem to be very similar in structure, history, flaire and current affairs, yet very different in organisation and actual culture. I hardly took any pictures and didn’t feel like doing all to much once I had arrived in Leeds. Well.. I just somehow felt inevitably reminded of the German Ruhrpott – is that only me?

Anyways, now I’m in Newcastle, caught a cold, or possibly the flu (and you know what man-flu means!), its raining and the city is much much bigger then I would ever have guessed! What a shame I can’t stay and wait until I’m really up and fit again, but so far Newcastle seems to be extremeley rich in culture and there are loads of nice galleries, especially the Baltic Centre for Contemporary Arts was fantastic! But somehow the Geordies here do sound quite different from all those I have ever heared down in London before, 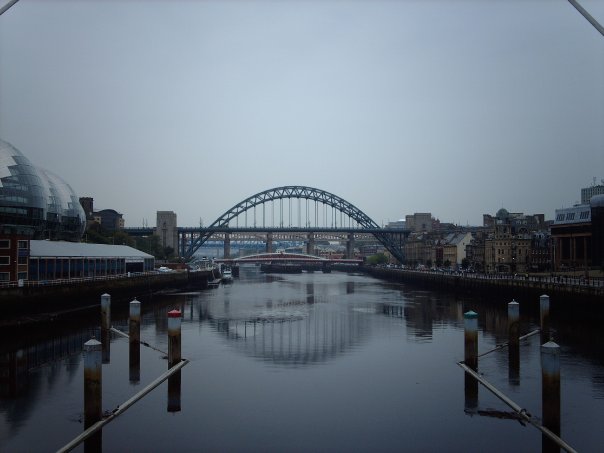 The 9 bridges connecting Newcasle and Tyneside

I think the intonation patterns between the generations might differ quite significantly.

But tomorrow! Tomorrow I will go set foot upon the all mighty lands of the Kingdom of Fife, Scotland. St Andrews to be precise. I’m really excited already and just hope my cold is going to get a bit better by the time I get there. Keeping in mind the time and resources I have left over, I have had to make the sad decision to cut my intinerary down a bit however. That is, I will now only go to Edinburgh and not to Glasgow, then to St Andrews by bus and from there walk to Dundee, then see how I get up to John O’ Groats and stuff the next day. Should there be money enough I will risk a short hop onto Orkney, if not I will hitch a hike home straight away I guess. But it now is a definite that I will hitchhike home, I’ve just got enough of buses now! If I could afford it I would want to walk it all back, dear.. who’s going to Lake District with me next year then?